The Satellite HUB of SIPRD is located in its 2nd campus at Kahikuchi,NearAirport and has 16 Satellite Interactive Terminals located at the Extension centres across the State. Indian Space Research Organisation (ISRO)'s Development of Educational and Communication Unit (DECU), Ahmedabad is the nodal agency and provides the Satellite link and bandwidth.North-Eastern Space Application Centre (NESAC), Umiam, Meghalaya is looking after the maintenance of the HUB and SITS in the entire North Eastern States.

The Assam Network till date has organized 265 nos of programmes and has covered 46764 nos of participants.

The EDUSAT was configured to meet India’s growing demand for distance education using audio-visual medium and employing Direct-to-home type direct satellite broadcasting with interactive Class-room capabilities. The EDUSAT Utilisation Program was envisioned in a manner as to create state-wise SATCOM networks for the eight North Eastern states disseminating quality education programmes for different levels of the academia. Based on the hub networking topology, the NER EDUSAT network has its hub suitably placed somewhere in the state capital with the remote ends (SITs & ROTs) housed in some identified primary and higher secondary level schools, colleges. 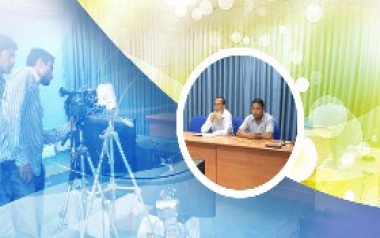