Dr. A.P.J. Abdul Kalam, His Excellency, the President of India had a direct interaction with the members of SHGs in Gumoria village wherein 500 families have been rearing Charra Chambelli duck for income generation”. Addressing the women members of SHGs in the function, His Excellency mentioned that “The Gumoria village is a source of inspiration and example for the rest of the country.

His Excellency, the President of India, 17th October’2006.

“In Gumoria village in Assam, the self help groups are developing duck rearing practices based on inputs from agricultural specialists from Kerala with the initiative of the Assam Government. Pride was writ large on the women as they explained their accomplishments”

Address of the then President of India, Dr. A.P.J.Abdul Kalam at the Summit of the Powerless, New Delhi, 20 November 2006:

Mrs. Prathiva Debisingh Patil, Her Excellency, the President of India, during her visit to Assam, visited the SIRD Assam Exhibition Stall and interacted with members of SHGs producing diversified handloom products under special projects of SIRD, Assam. The President appreciated the efforts made by the government to encourage entrepreneurship among women. During the visit there was also present the then Governor of Assam, Lt Shiv Charan Mathur, Shri Tarun Gogoi, Hon’ble Chief Minister Assam, Dr. Raghuvansh Prasad Singh, the then Union Minister, Rural Development, Shri Chandan Brahma, Minister Panchayat and Rural Development Assam, Chief Secretary Assam and other dignitaries and officials of the Central and State Governments.

“It is heartening to note that the State Institute of Rural Development, Assam is playing an active role in the state towards organizing the

“ I must compliment SIRD, Assam on the very good work that is being carried out by the institute, which I am sure will achieve even greater heights in the years to come”

“I must congratulate the Director, SIRD and his colleagues for setting up a very fine institute which could definitely serve as the role model for rural development activities in the state”.

“The State Institute of Rural Development (SIRD) has been doing very commendable work. Today, it has attained the status of a model institute in the country”.

“In the XIXth Colloquium organized by the Ministry of Rural Development, Govt. of India at Mysore on 21st February, 2005; SIRD, Assam has been recognized as the Centre of Excellence in Employment Generation and this has been formally communicated by the Director General, NIRD, Hyderabad”.

“The SIRD, Assam has pioneered successful SHGs movement in Assam and has received recognition in all India level”. 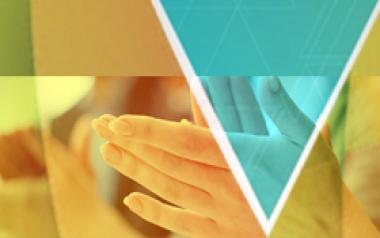